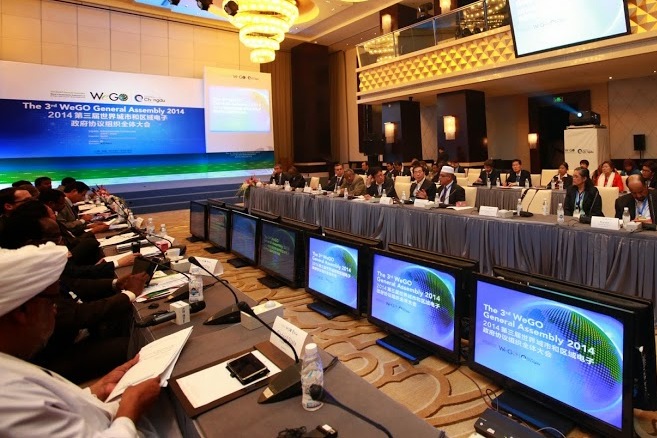 The program of the General Assembly included various experience-sharing events: Mayors' Roundtable Meeting,  Workshops, Matchmaking Meetings, and Master Classes. The presentations given by the experts are available on the WeGO website. As well, City Mayours had a chance to enjoy personal meeting with Deputy Mayor of Chengdu Mr. Gou Zhengli.

The core event, the Third General Assembly  Meeting, got together the delegations of WeGO Members. The participants discussed the suggestions of the Executive Committee and congratulated the winners of WeGO Awards-2014. A number of winning projects and practices were presented at the General Assembly.